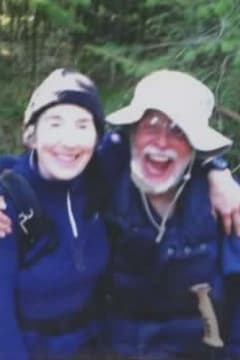 Victor grew up in Aberdeen, WA, as the child of farmers. He served almost seven years in the Army and Naval Reserves, and then attended the University of Washington, graduating with degrees in metallurgical engineering and marine biology. While in college, he met the love of his life and wife of 62 years, Linda. Both he and his wife worked as Boeing engineers for many decades on projects encompassing several different aircraft types.

An avid hiker and Mountaineer, Victor spent over 50 years hiking the Cascade mountains with his beloved wife, spending many of those years performing rogue trail maintenance on Tiger Mtn, and building an alternate trail of his own up Mailbox Peak, as he considered the old trail to be too steep. His work ethic was legendary, as he lived by the philosophy that anything you want, you have to do for yourself, because no one else is going to do it for you. He lived life intensely, always obsessed with creating or learning something. He built his own home, a project that seemed to continue endlessly, as he never wished it to be entirely complete.

Victor never did anything the easy way, as his mantras were, “What doesn’t kill you makes you stronger”, and, “Life is about the struggle”. He was an eccentric intellectual, a gentle, loving, hilarious and irreverent man, and an ardent feminist.

Victor was preceded in death by his parents and younger brother, Donald. He is survived by his loving wife and lifelong partner, Linda, his daughters, Lisa and Viki, grandchildren, Audrey, Kathleen, Bryan and Alex, and his great grandchildren, Graham and Quinn.

In accordance with Victor’s environmentalist philosophy, he will be laid to rest through the process of terramation at Return Home in Auburn, WA. We will always love him dearly and treasure his memory. We are quite certain that wherever his final journey takes him, he will most assuredly be sticking it to the Man. Rest in peace, dear husband and father.