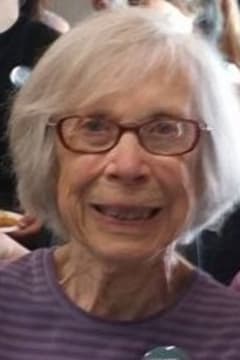 Born in Tacoma WA to Harold Lloyd Blancher and Bessie Irene Tucker Blancher, Shirley moved with her family to Seattle when she was 2. Her parents lived in the Ravenna/Bryant area and Shirley attended Ravenna, University Heights and Bryant Elementary schools, and graduated from Roosevelt High School in 1939. As a child she enjoyed reading, playing piano and drama, and traveling with her family, including her younger brother Robert Barclay Blancher, to visit the many relatives still living in Tacoma, and sometimes to the family farms in Loyal and Greenwood Wisconsin.

Shirley went on to college at the University of Washington and for a couple of quarters at Central Washington University, but as many of her peers, her degree was interrupted by World War II, and she worked for a stint at Boeing and also met and married her husband James Bryan Morrison within 6 weeks of meeting him, in February 1944. He was almost immediately sent back to the Pacific, where he flew photo reconnaissance missions and was missing in action when Linda Marie Morrison, her first child, was born in April of 1945. Reunited in June, Shirley and Jim went on to have 4 more children, Bradford Barclay, Bryan Tucker, Debra Jean, and Anne Virginia. Shirley had her hands full with the kids activities and PTA, but she found time to get involved with a garden club, faculty wives at University of Washington, and the Foundation for International Understanding Through Students (FIUTS), and the family hosted multiple UW students from all over the world. As the children grew up Shirley became active in efforts to de-segregate neighborhoods in Seattle, and to end racial discrimination of all sorts, as well as working against war and nuclear arms. She also worked as a pre-school teacher at The Little School and decided to go back to finish her college degree in Early Childhood education, finally graduating in 1971 at the same time her youngest daughter graduated from high school.

After divorcing in 1974, Shirley moved to live full time at Crystal Lake in Woodinville WA, where she and her parents and brother Bob had built houses on adjoining lots back in the late 1950’s. She worked at the Northshore Multi-Service Center, and became active again in community theater, and various organizations promoting peace and nuclear disarmament. She joined the Seattle Peace Chorus, and took two trips to the former Soviet Union in the 1980’s to visit Seattle’s sister city in Tashkent, Uzbekistan, to sing for peace with the chorus. She also traveled to Nicaragua in the 1980’s as part of a peace delegation and was involved in many anti-war activities against intervention in Central America. She continued to enjoy traveling, and frequently visited her daughter Linda in Spain and her good friend Faith Adams in Turkey and one of the early FIUTS students from Japan, Shinichiro Nakamura in Japan. She also began to be an active part of Ground Zero actions at the Bangor Nuclear Submarine facility and was arrested many times for acts of civil disobedience. Around this time, she helped found the Seattle chapter of the international organization The Raging Grannies, and was able to combine her love of singing and theater with her political activism for the rest of her life.

In 2000 Shirley decided she needed to live back in Seattle, since she continued to be involved in so many theater and political activities, and she eventually sold the Crystal Lake property and moved in with her daughter Debra and her husband Joe back in the Ravenna/Bryant neighborhood where she grew up.

In 2011 she had the amazing opportunity to star, along with her friend Hinda Kipnis, in a film by a Norwegian director, Havard Bustnes, that asked the question of whether we could continuously grow our economy without going beyond the limits of the earth’s resources. The film, called Two Raging Grannies, was shown at the 2014 Seattle International Film Festival and won awards all around the world for the spirited conversations and questions the two elderly co-stars brought to the screen. Shirley and Hinda traveled to Norway to tour with the film and to the Traverse City Film Festival at the invitation of Michael Moore.

She continued to travel to visit family and friends and loved more than anything to spend time with her 5 children, 14 grandchildren and 14 great grandchildren. She was a loving mother and grandmother, always ready to lend a helping hand, and always open to trying to understand and accept the many challenges that parenting and grandparenting brought her, and through all of them to love and cherish all of her offspring equally. She taught us to always look for the good in everyone and to lead with love and compassion. She was a great friend, a great listener, and a great dancer, who loved nothing more than a big party to celebrate birthdays and holidays.

Shirley died peacefully at home, with ample time to say goodbye to her family and friends, and her life beautifully fulfilled the hopes expressed by Ralph Waldo Emerson that hung on her wall:
To laugh often and much; To win the respect of intelligent people and the affection of children; To earn the appreciation of honest critics and endure the betrayal of false friends; To appreciate beauty, to find the best in others; To leave the world a bit better, whether by a healthy child, a garden patch or a redeemed social condition; To know even one life has breathed easier because you have lived. This is to have succeeded.