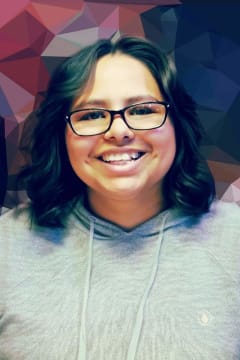 Laura Guadalupe Aguiar Garibay, beloved wife, daughter, sister, and friend to many, passed away with her family by her side close to 6:00 a.m. on June 9, 2021, following a courageous battle with cancer. She had Vasoactive Intestinal Polypeptide-secreting tumors (VIPoma) which are rare Pancreatic Neuroendocrine Tumors (PNETs), a 1-in-10 million diagnosis.

Born in Mascota, Jalisco, Mexico, on August 26, 1989, Laura immigrated to the United States when she was two years old. She grew up in the Lower Yakima Valley, Washington, and graduated from Sunnyside High School in 2007. Following her high school graduation, she enrolled at Heritage University, where she earned her bachelor’s degree in Mathematics with an interest in history.
Laura was passionate about helping access higher education. She understood firsthand the challenges that undocumented students face in earning their college degrees. While at Heritage, she was a vocal student advocate and shared her story widely to support educational equality and social justice. While attending Heritage University, she was voted Student Body President, helped many students pass their math classes, and voted by the faculty and staff to speak at commencement featured in the New York Times. After graduating, she joined Heritage’s financial aid department and earned the position of assistant director, where she helped students access funding for college. She was so dedicated to students that she worked from her hospital bed until shortly before her passing.

It was at Heritage where Laura met the love of her life, Crystal P. Yanez. Laura would say that Crystal “brought color into her life.” They fell in love gazing up at the stars at Fulbright Park, where they declared their love for one another and listening to the Indy music that Laura so loved. On December 3, 2016, the two were married at the Yakima Arboretum and Botanical Garden with a small group of loved ones who attended. Although they had plans to renew their vows at their fifth wedding anniversary to have a more significant celebration that would have been accompanied by both sets of parents, it was the first thing on Laura’s bucket list. They shared four and a half years as soulmates and best friends. “May we meet again, my Love.”

Laura was deeply committed to her family, especially her parents, who worked tirelessly in the fields to provide for the family. She would never miss an opportunity to visit her parents for morning breakfasts and on weekends. The family wants others to remember Laura’s compassion for others and her commitment to education. They were so proud to see her graduate and watch her help other students achieve their dreams of going to college. She was a true inspiration and brought so much light and laughter into the lives she touched.

Laura had a zest for life that touched all those around her. Her beautiful smile and quirky sense of humor were contagious. She loved to have a good laugh and would constantly prank her coworkers, who she considered as her extended family. She had an adventurous spirit that only grew after meeting Crystal. They spent the last years of her life visiting every national park they could in Washington State, especially those far from home, and other amazing random travels. Laura loved independent films, pizza, puzzles, and reading, and she was a proud pet parent to her cats, Salem and Lexa, and chickens. She was a big foodie, and during quarantine, she experimented culinarily in the kitchen, focusing on vegetarian Asian dishes. Laura entertainingly joked that she was preparing to one day be on Master Chef Junior with her created meals. And yes, only the junior show.

Laura is survived by her wife Crystal; her mother Antonia Garibay Hernandez and father Lugerio Aguiar Hernandez; her sisters Maria Del Carmen Aguiar, Sofia Aguiar, and Evelyn Aguiar; brothers Javier Alejandro Aguiar and Raul David Aguiar; and many nieces and nephews. Along with her in-laws, Penny C. Bonser and Martin G. Yanez. Her family requests that donations be made in lieu of flowers to the scholarship fund established in her memory at Heritage University. A celebration of her life will take place at Heritage on Saturday, July 10, 2021, at 10:30 a.m. 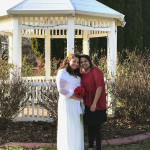