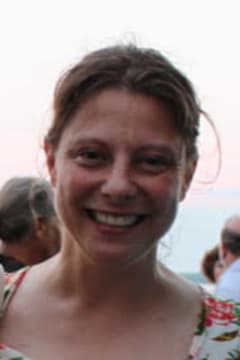 Jennifer was born October 10th, 1972, in Madison, Wisconsin to Jonathan Cook and Ruthann (Olson) Dorn. The Cook family soon moved to the close-knit community of Pleasant Springs where she was surrounded by wonderful neighbors and would live the rest of her childhood. There she lived the life of a 70’s free-range child running around the neighborhood, digging in the dirt, playing baseball, riding horses, and participating in numerous 4-H activities.

While at Stoughton High School, she developed an interest in journalism and became a member of the school newspaper. After graduating in 1990, she carried that love of writing to the next stage at the University of Wisconsin-Madison, where she continued her studies in journalism and even worked for a little-known satirical newspaper called The Onion. She would later change her major, earning her BA in Adolescent Development, which she put to use as a Senior Researcher at the University of Wisconsin’s Waisman Center in Madison. Jenn met her beloved future husband Sean Jindrich while attending the UW Madison. The two married at the Wisconsin State Capitol on November 6th, 1993. Early in their marriage Sean traveled continuously for work, so ‘home’ was wherever Jenn was. At times, that was in the Twin Cities; Eagle River, WI; Madison; and finally, their current home in Monona.

Their daughter, Mars, was born in Eagle River, on June 18th, 1998. From then on, Jenn poured her heart and soul into loving and raising Mars. Jenn’s love of friends, family, learning, and adventure sparked many trips around the U.S. and the world. The Jindrich’s first excursion as a family with a 1-year-old included Jenn’s father (Jon), brother (Jeremy), an old Ford Echoline van, and a road map plotting the way from Madison to Alaska. Her last was a trip to the Galapagos with Sean and friends.

Jenn and Sean’s house was always open to neighborhood children. Jenn could help with homework, foiling mean kids at school, random food, affection, and encouragement. In a crowd of strangers, she was naturally drawn to the children first and they to her. Eventually Jenn’s love of children led to her earning a teaching degree. With that, she taught Family and Consumer Education at both Whitehorse Middle School and La Follette High School in the Madison School District. She had a zeal for teaching and developed a love for her students (and they for her) and many of her fellow teachers.

Gardening was Jenn’s true passion and would come calling later as her final career change. Routinely, she held an in-depth conversation about a recent scientific study she read or the next home project they were planning, all the while her fingers were busily tending the nearest patch of vegetation. She officially earned her Master Gardener certificate and worked in landscaping at Landscape Designs in McFarland, WI. Unfortunately, it was during her time as a landscaper that she was hit with the unexpected news of her cancer.

Jenn’s creativity, wisdom, and resilience resonated with many, and it is made clear when you visit her Caring Bridge page. People who love Jenn will tell you, “I can easily recall her laugh even though I haven’t seen her in a few years; she is and always was a ray of sunshine,” or “your spirit is so strong that I feel your energy running through the flowers that I tend to and the earth that I care for.” These powerful words are among endless outpours of love and support that Jenn received as she endured her battle, and even after as those same loved ones mourn the loss of her physical body. We know that Jenn’s spirit will live on within the beautiful relationships she has cultivated, the plants she has tended, and the legacy she created.

Until the end of her life, Jenn fought bravely to maintain her life of respect and support for her family, community of friends, and all of the living things around her. As she had always done.

All donations will be given to Rise (risewisconsin.org) in Jenn’s name.