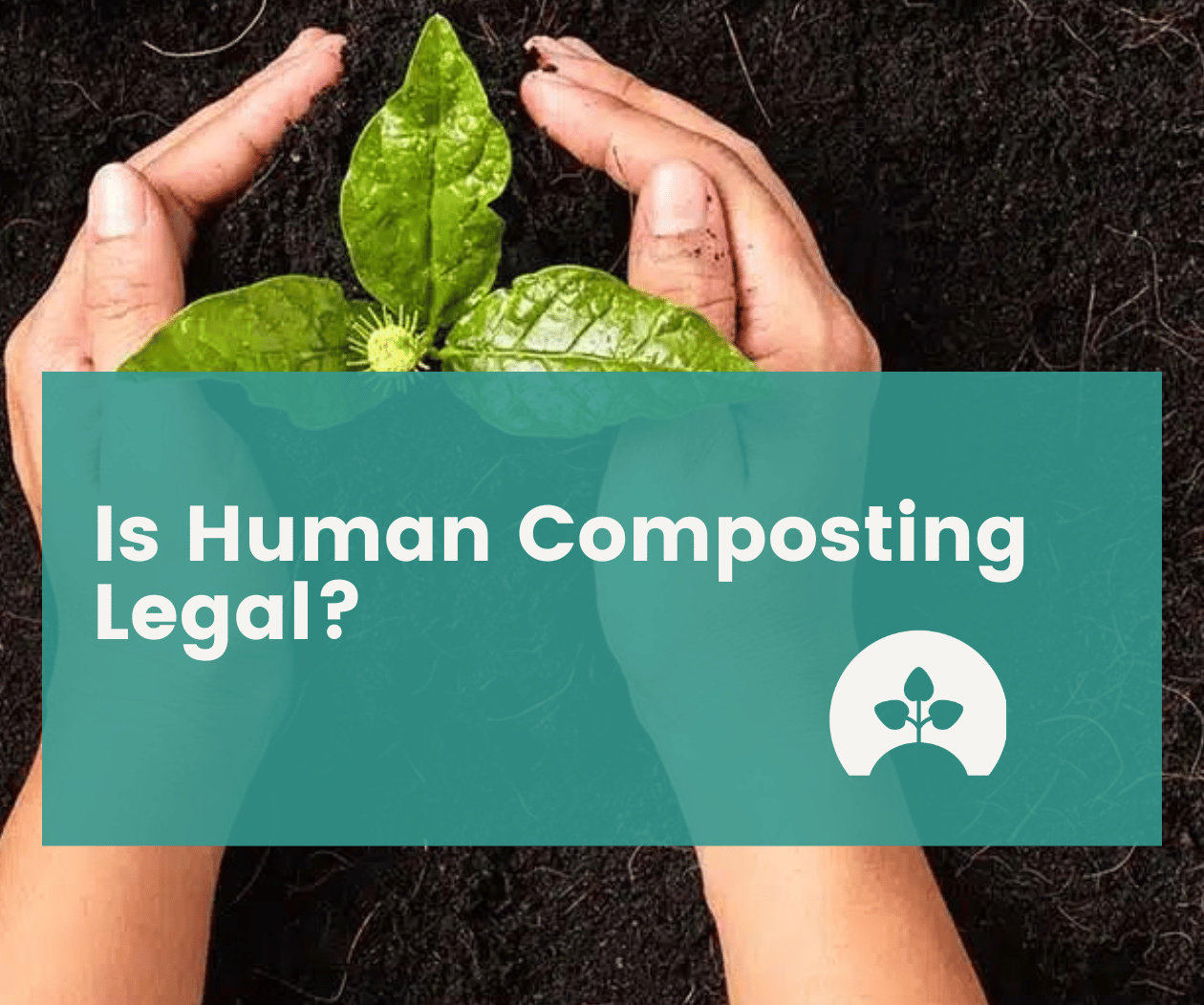 Even though burial and cremation have long held the top spots when it comes to the disposition of human bodies in the U.S., a variety of alternatives have also vied for attention. While some of these alternatives aren’t feasible for the average person, usually due to cost, one of the newer options is far more accessible. It is also more attractive thanks to its low environmental footprint. This option is human composting. Is human composting legal? How does it work? At Return Home, we have the answers and are here to help.

What Is Human Composting?

In human composting, the deceased person’s body is turned into actual compost. There are various ways of making it happen, but Return Home’s process involves a biologically assisted process instead of chemicals or extreme heat. For example, for our terramation process, a combination of alfalfa, straw, and sawdust is used to facilitate composting of the body.

How Long Does It Take to Compost a Body?

With Return Home’s method, the total time for composting is about 60 days. This allows for thorough composting and has the additional benefit of giving families more time to walk their grief journey. With human composting, there is no feeling of being rushed through any part of the process.

Where Is Human Composting Legal?

California recently made human composting legal, making it the fifth state to approve a positive measure on this subject. Just last year, there were only three states that had legalized it. Since several others currently have legislation in the works, it is likely that in just another year, even more will have legalized options for human composting.

Most laws go beyond a mere “yes” or “no” when it comes to human composting. In some states, what is done with the compost is also regulated. For example, in Colorado, it may not be used for commercial food production. That state also mandates that only one body may go into a composting pod at the same time, which prevents the intermingling of remains. Other states allow human compost to be used for projects such as land reclamation or restoration. There, the remains are used to grow plants that are not crops.

Is This Process Known by Other Names?

Yes. In fact, it is common for each provider of human composting services to have its own name for it, as well as to use more generic terms. Provider-specific names expressly refer to each provider’s unique process for getting the composting done. Return Home’s specific process is called terramation.

The legal term for this process is “natural organic reduction.” Others include terms like soil transformation or body composting.

One of the biggest drivers of the demand to make human composting legal is the desire to use a more environmentally friendly method for the final disposition of bodies. With this method, there are hardly any emissions. The composting process itself provides any needed heat, and the materials used are organic and biodegradable. This lowers the carbon footprint to a minimum. Composting also doesn’t use any chemicals, so unlike embalming, it doesn’t leave potential soil pollution behind.

Cremation, on the other hand, uses approximately the same amount of fuel as two tanks of gas in a family car. This adds up to over 360,000 metric tons per year for the United States alone.

Traditional burial is also bad for the environment. One reason for this is that it typically includes embalming, in which the body is filled with highly toxic chemicals in an attempt to drastically slow decomposition. Traditional burial also involves the use of caskets, which are then sealed inside concrete or metal burial vaults. The materials used never have a chance to return to the planet, and neither does the body within. This locks up natural resources for the foreseeable future, as well as making the burial ground unavailable for other uses.

2. Fully Complete the Cycle of Life

For some people, the problem with traditional burial or cremation is that the body never has a chance to properly return to being one with the Earth. Human composting ensures a full and in-tact breakdown of the body, which allows the cycle of life to be fully complete.

These are just some of the many reasons people have for choosing human composting for their remains or those of their loved ones.

How to Plan for Human Composting

No matter where you are in the U.S. or Canada, you can simply contact Return Home. You can make arrangements in advance, or our team will spring into action to meet an immediate need. Either way, our experienced service team will walk you through their process, so you know exactly what to expect. Then, if you decide that human composting is right for you, we will take action as your plans require.

The Legality of Eco-Friendly Organic Burial

Sign Up for Our Monthly Newsletter and Receive Our Terramation Guide